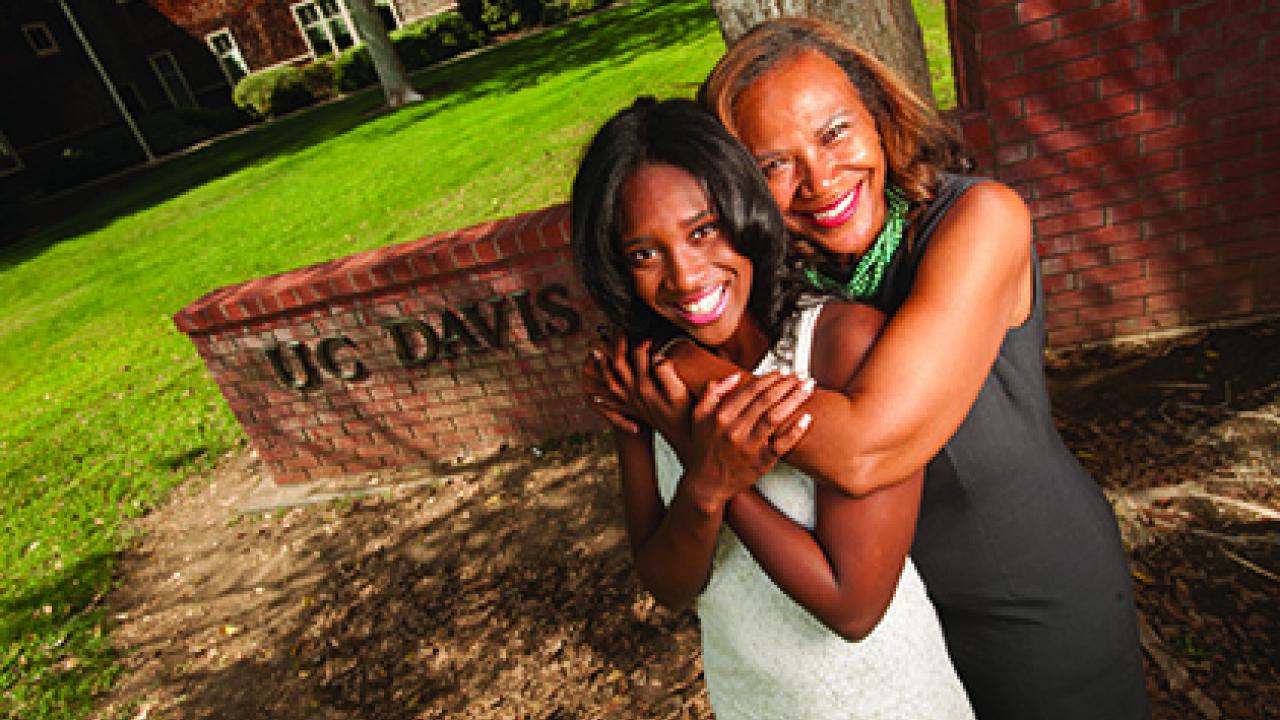 The bond between mother and daughter is easy to see. It is forged with respect and unconditional love—and laughter, lots of laughter.

Lisa Elzy Watson and her then-husband, Marion, raised their children in Culver City, a suburb of Los Angeles. “Mariah had boundless energy as a child,” said Lisa of her daughter, Mariah Kala Watson. “She had tremendous drive and passion. My goal was to teach her how to use all that energy, to channel her curiosity without quashing her spirit.”

From the time Mariah was a young child, Lisa entrusted her with decision-making responsibilities, for birthday parties or when Mariah wanted to start her own restaurant.

“She was always so bright and able to connect the dots to keep things moving,” Lisa said. “We wanted her classroom to extend beyond four walls. We needed to give her space to grow, allow her to expand and get to the next steps on her own.” They accepted that her path might take Mariah beyond what they as parents knew.

At a young age, Mariah said, she wanted to make her parents proud. She wasn’t rebellious and, while some young people might fear having less structure or make bad decisions, she flourished.

In eighth grade, Mariah auditioned to give a speech as the treasurer of a student group. At the end of the ceremony, the moderator announced that Mariah was the woman most likely to rule the world. Lisa said a lightbulb went off for her at that moment. She knew Mariah as an active, curious and intelligent person. Then she also saw the impact her daughter had on others.

Mariah’s journey took her to serving in youth and government roles. After one particular occasion when she’d spoken of the justice system, she experienced her own “aha” moment.

“I realized I wasn’t going to be afraid of failure because that was part of success. I wasn’t afraid to realize my potential, and being in the spotlight was part of that,” Mariah said.

Lisa supported her daughter finding strength in her voice and developing it even further. “I never doubted that Mariah would have a big life,” she said. “I knew that she could be a powerful voice for others and to unify groups with different viewpoints.”

At UC Davis, Mariah said she felt immediately at home, adding that she has been grateful for the attention that faculty provide to the students. As president of the Associated Students of the University of California, Davis, she is responsible for running a $13 million nonprofit organization, with access to the state capital and opportunities to participate in and influence university decisions.

Mariah will graduate in the spring and is considering law school, but she is exploring other options as well. “Beautiful things happen when you are open to them.”

Paths to Parent Engagement and Philanthropy