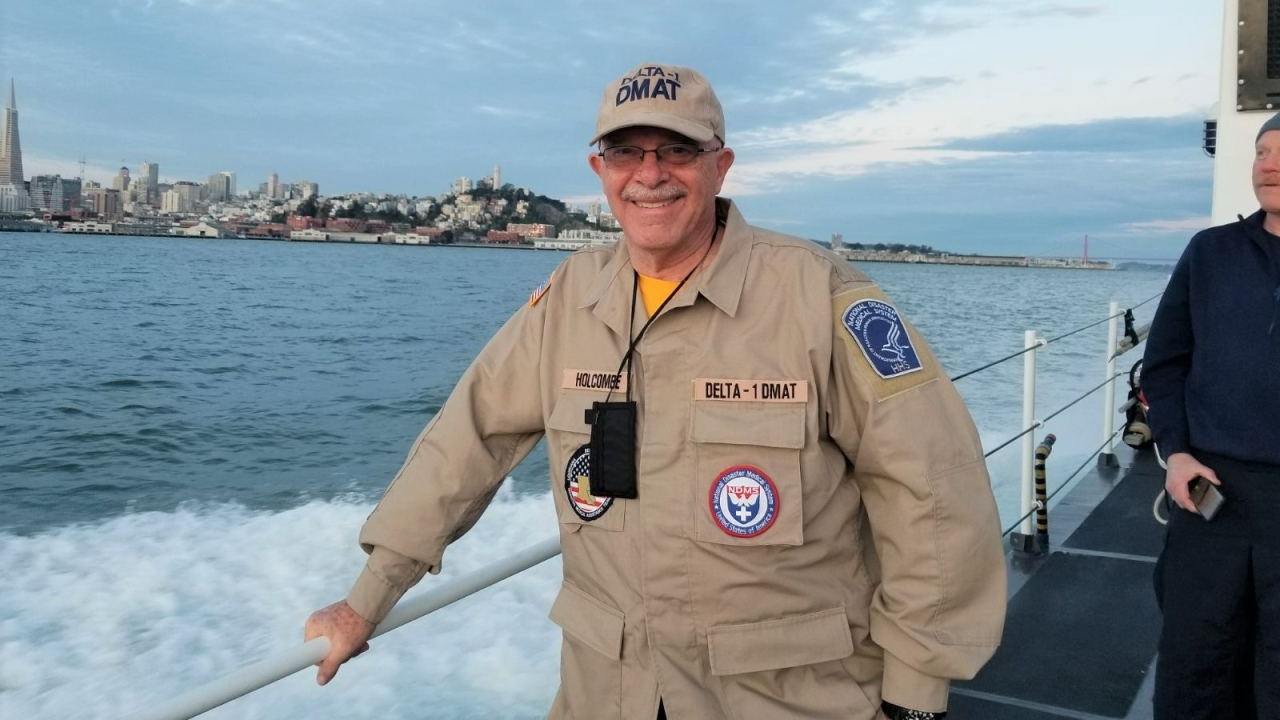 There’s an Ag For That: David Holcombe ’71

Meet an Aggie leader of public health during the pandemic, Dr. David Holcombe ’71. As Regional Administrator/Medical Director of the Louisiana Department of Health, Holcombe won the Central Louisiana, or “Cenla”-ian, of the Year award in 2021 for his contributions to public health.

A California native, Holcombe has been a leader of public health in Central Louisiana for 15 years. In 2020, he became the public face of the pandemic response, delivering media presences and interviews, writing articles and providing information to local newspapers.

“We found ourselves responsible for much of the testing and vaccination in central Louisiana,” said Holcombe. “The Office of Public Health, in association with the Louisiana National Guard, has done 67,000 tests, and given 57,000 vaccines as of May 2022. This has a huge impact on a very financially poor and underserved area.”

In a region of 350,000 people, the impact of public health has been disproportionately large, even within the state. Holcombe credits his department’s success to his team who have kept regular operations running throughout, in addition to their pandemic response.

“I've had wonderfully dedicated staff, and we've had this great cooperation with the Louisiana National Guard that's kept us strong throughout all the waves of the pandemic,” he said.

Since the pandemic began, Holcombe’s office has been administering up to 2,000 tests a week, with nearly two-thirds of them administered at his office headquarters in Alexandria, the largest urban area he manages.

“The pandemic really shone a light on public health,” he said “It threw me into prominence and fortunately, I was extremely well prepared for it with my previous experience.”

Holcombe made the transition to public health in 2007, after working as an internist in private practice for over 20 years. The decision to leave his practice was one of his greatest career challenges, but Holcombe hoped he would be able to make impact on a larger scale.

Additionally, Holcombe often volunteers at the local free clinic, sees uninsured patients and does volunteer civil surgeon examinations for immigration candidates. At the outbreak of the pandemic in March 2020, Holcombe was part of a Disaster Medical Assitance team that helped evacuate the 2,400 passengers of the Grand Princess, stranded in San Francisco Bay due to COVID-19 cases on board.

The long road to becoming a doctor

Holcombe is no stranger to challenging times. He attended UC Davis in the late 1960’s and remembers the difficulties of the times, from civil unrest to anti-war protests on campus.

“UC Davis was a nurturing environment from a student and community standpoint,” he said. “So if you have go through a turbulent time in your life, it was a good place to be.”

During this time, Holcombe majored in applied behavioral sciences and studied a diverse range of coursework, from biochemistry to Russian literature. Holcombe’s well-rounded curriculum suited his various interests in art, music and medicine.

When came the time to apply to medical school, however, he initially faced many rejection letters. In the meantime, he earned a Master’s of Science degree in poultry science at the University of Florida, but did not give up on his medical school aspirations.

Holcombe credits his UC Davis undergrad years with giving him the “ferocious drive” to pursue his goal of becoming a doctor—leading him to take his goals overseas. A fluent French speaker, having learned it in high school, he applied to universities abroad and eventually earned his degree from the Catholic University of Louvain Medical School in Brussels, Belgium.

“I really had to reanalyze what I wanted to do, and I just latched on to this goal. I had the skills, I had the desire, and I was going to become a doctor,” he said. “That propelled me all the way to Europe.”

Beyond medicine, a passion for the arts

Outside of the office, Holcombe is an enthusiastic supporter of the arts community in central Louisiana. Participating in the arts, Holcombe explains, is also one way he copes with the important responsibilities of his job.

“There are so many folks here who are very talented and eager to participate in the arts,” he said. “And when you see that blooming in a rural area, it’s very gratifying.”

The region in which he lives has a lively art scene of museums, craft centers, theater groups and more. He and his wife Nicole, whom he met as a folk dancer while living in Belgium, enjoy attending festivals and dancing with the Czech community of central Louisiana.

Holcombe has made his own contributions to the arts; he’s written 13 books and dozens of plays. He is also an avid painter, a hobby that began during his time as a student at UC Davis, where he took classes from famous art professors William Wiley and Robert Arneson.

When in Davis, Holcombe enjoys visiting the museums and art spaces, reminiscing about his years on campus. He and his wife also set up a fund for experiential learning for current Aggies.

“UC Davis always felt like a nice, friendly environment,” he said. “There were a lot of kind people there who helped me along the way, and it’s great to give back.”

Alumna inspiring Sacramento youth to find their voice with poetry