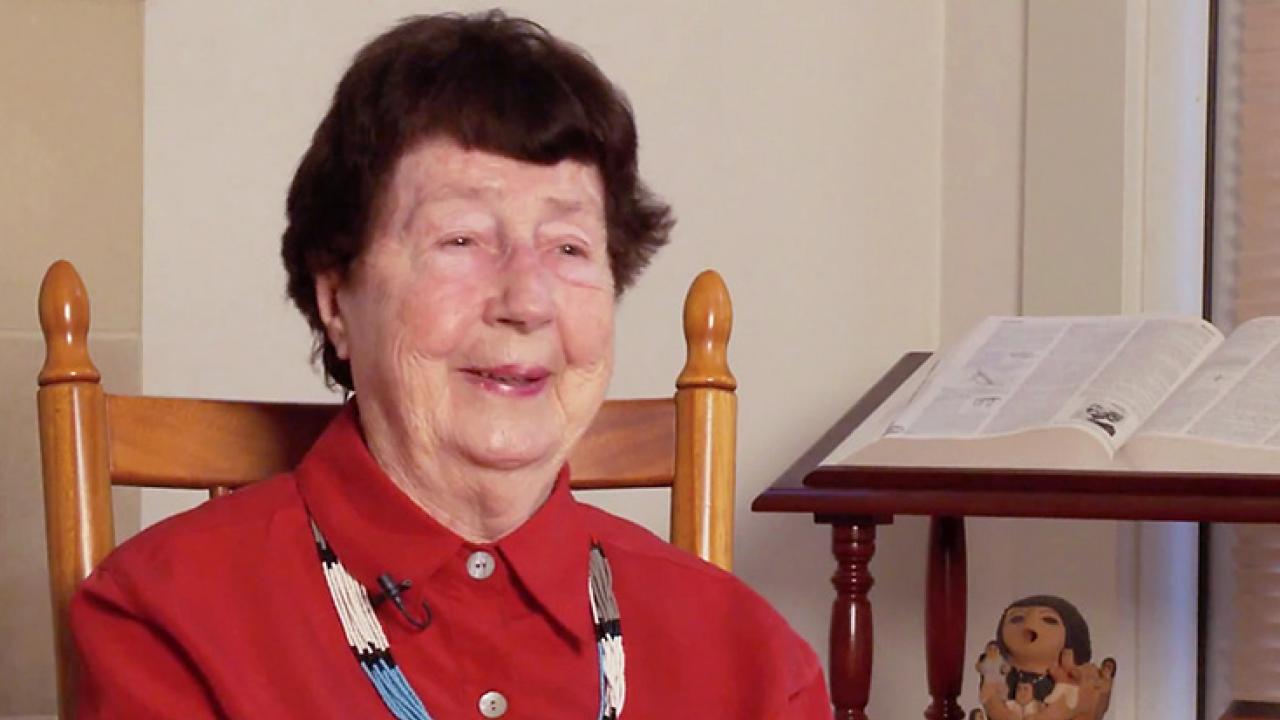 Professor emerita Emmy Werner believes that hope and resiliency—not trauma—are what define one’s destiny. It’s a belief made all the more powerful considering her childhood in Germany.

“When I was a child, I was just grateful to be alive because I did grow up during World War II and was subjected to a lot of bombing day and night, and so at that time, you didn’t look far ahead, you just tried to stay alive,” said Werner, Distinguished Friend of the University Award Recipient. “I think the impact of what happened to me when I was a child was probably inadvertently a way for me to choose the topics I worked on.”

Werner became the first in her family to attend college and her work in human development led her to UC Davis. As one of the university’s first female faculty members, Werner helped build the UC Davis department of human ecology.

A pioneer in her field, Werner has greatly influenced the way that modern scientists approach the subject of human development. She has published 13 books on the subject and is the recipient of the Dolly Madison Award for Outstanding Lifelong Contributions to the Development and Wellbeing of Children and Families. She is also the first UC Davis faculty member to receive the Constantine Panunzio Distinguished Emeriti Award, the highest honor for an emeritus professor.

While her research has received many accolades, Werner states that teaching has been the most fulfilling aspect of her career. For that reason, she and her husband, Stanley Jacobsen, recently endowed a fellowship to support graduate students researching the genetic aspects of human behavior and development.

“Obviously, UC Davis has given me in terms of the opportunity to do the work that I want to do,” Werner said, “and the least I could do is pass it to others.”