Global Service with a Local Impact 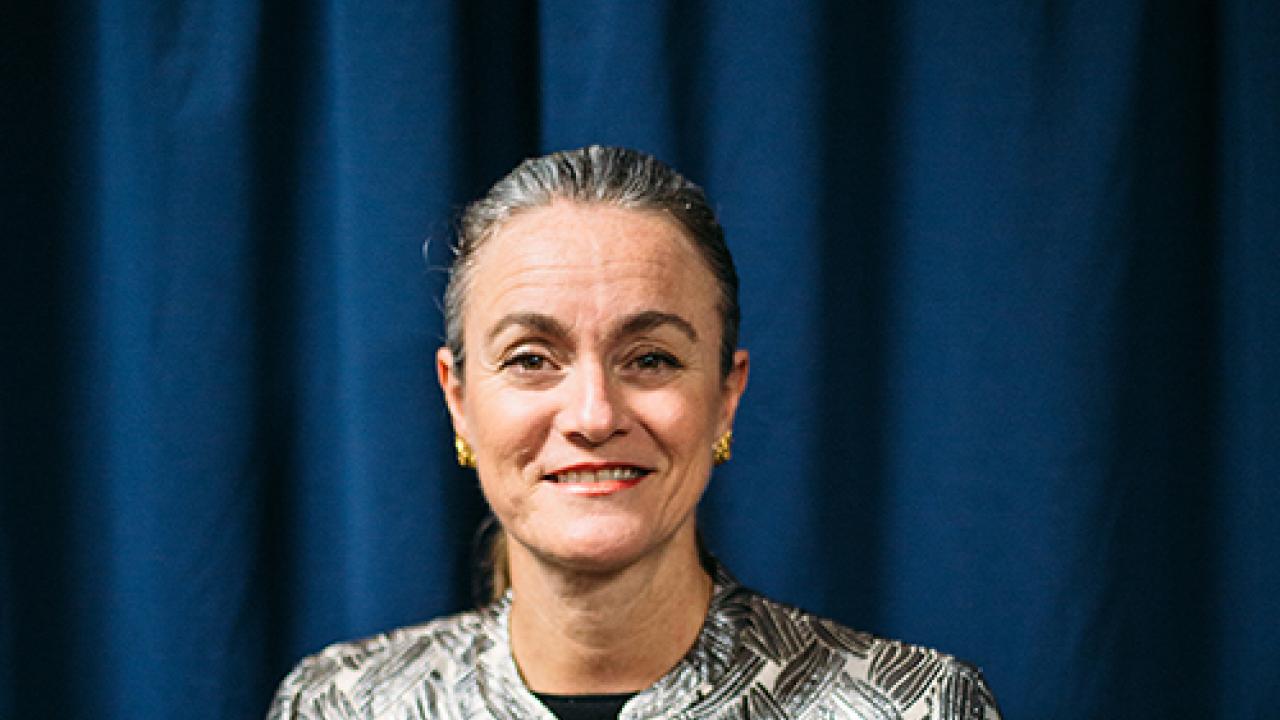 UC Davis opened up a world of international relations for Liliana Ferrer ’87, helping to lead her career as the consul general of Mexico in Sacramento. She has been a career foreign service officer for the Mexican government since 1993.

Liliana Ferrer ’87 is the consul general of Mexico in Sacramento.

“The environment at UC Davis strengthened my ability to become aware of what problems exist in the planet as a whole, not just locally,” said Ferrer, a CAAA member, and this year’s recipient of the Cal Aggie Alumni Association’s Emil M. Mark International Award. “UC Davis truly makes you feel that you can make a difference and bring about change in the world.”

Ferrer graduated from high school in Sacramento and from Sacramento City College when her father, Carlos Ferrer a 40-plus year career Mexican foreign service officer, was posted as Consul of Mexico in Sacramento in the 80's.While she was in high school, Ferrer’s now husband Douglas Ferrer ’83 invited her to sit in on one of his international relations courses about the history of Latin America. She was so inspired that she decided to become an Aggie, majoring in international relations.

While a student at UC Davis, Ferrer experienced many cultural and historical events like marching with fellow Aggies in San Francisco against armament. These inspirational moments led Ferrer to her passion for building strong relationships between Mexico and California.

“When I was attending the university in the 1980s, I felt that students were involved with a lot of activism and had a sense of consciousness of what was going on in the world,” Ferrer said. “Apartheid was taking place in South Africa at the time and I remember going to a very important meeting with Desmond Tutu and many of my colleagues on the quad. It was truly a cultural experience of becoming conscious and aware that having a voice in world matters.”

In addition to several other initiatives, Ferrer is currently working on enhancing opportunities for youth in California communities.

“I want to empower and enhance the position and the opportunities for the California community as a whole, and focusing on our Mexican nationals,” Ferrer said.

Ferrer recently joined members of the UC Davis community and the Chicanx and Latinx Alumni Association on a trip to Mexico City and believes “UC Davis is playing a particularly special role as one of the UC campuses to lead in the effort of strengthening the relationship with Mexico.”

Ferrer says her experience studying international relations led her to help vulnerable people and that she was incredibly lucky to have the opportunity to attend UC Davis, where a culture of service is part of the university identity.

“I not only received education and training at UC Davis, but I received mentorship and promotion of ideas and thoughts that I can make a difference, so the least I can do is to try to give back to the institution,” Ferrer said. “I’m very proud to say wherever I am in the world, that I am a UC Davis graduate and that I am an Aggie.”