Good bones: Geologist moves from the classroom to the museum 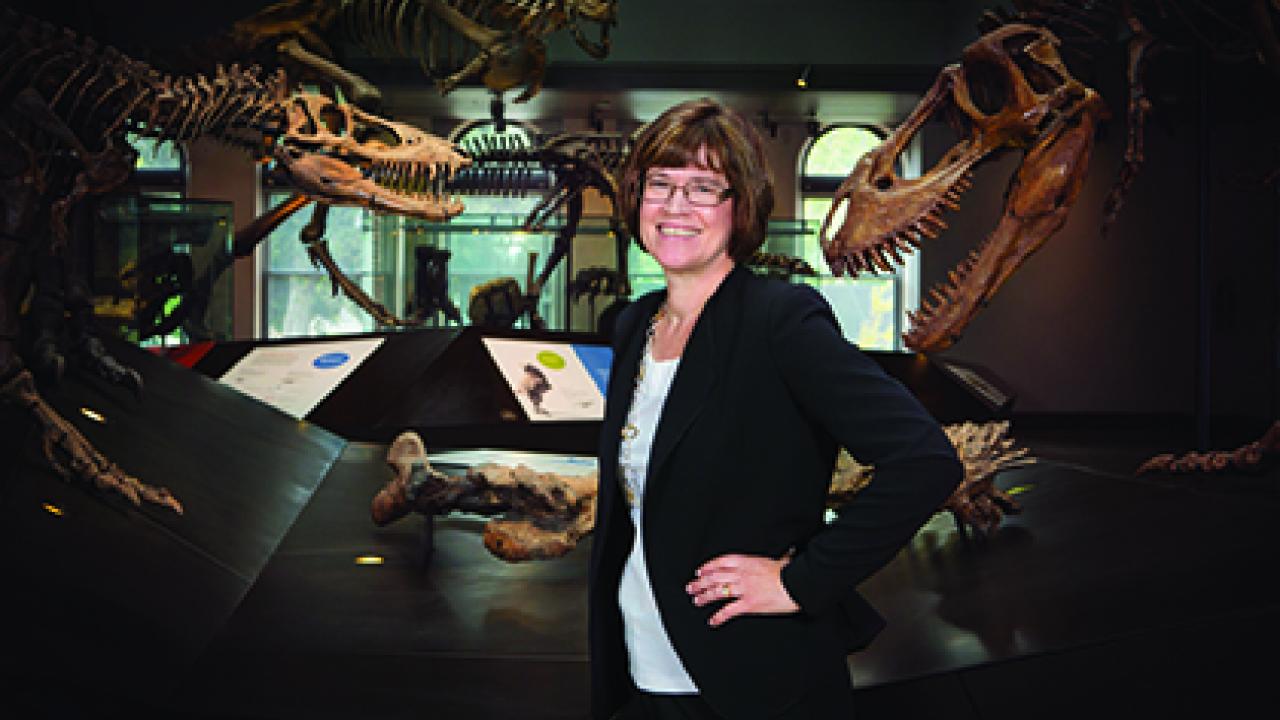 Like many other children growing up in Southern California, Lori Bettison-Varga, M.S. ’86, Ph.D. ’91, was scared of earthquakes. Learning what caused them sparked a lifelong interest in geology that set the course of her career. This fall she became president and director of the Natural History Museum of Los Angeles County.

The museum, which the county says is the largest natural and historical museum in the western United States, comprises three sites, including the La Brea Tar Pits.

“There’s something really novel about that, right?” Bettison-Varga said. “To see pools of asphalt in the middle of L.A. and see that mammoths are preserved there.”

She visited the tar pits as a kid, and some of her earliest memories include being captivated by them. She wants to inspire the same reaction in visitors today, but also spur them to think about responsible stewardship of the planet.

She is accustomed to educating large groups and has chaired the geology department at The College of Wooster in Ohio. She was most recently president of Scripps College.

She decided to pursue a career in education during her graduate studies at UC Davis, where she worked as a teaching assistant. “I learned to really love teaching when I was a grad student,” Bettison-Varga said.

She is taking the helm of one of many cultural institutions in Southern California led by women, including the Los Angeles Music Center, Los Angeles Philharmonic, Hammer Museum at UCLA, and The Huntington Library, Art Collections and Botanical Gardens.

“That’s exciting because we know women are underrepresented in leadership positions,” Bettison-Varga said. “It’s great to be a part of the overall public and civic life of L.A., but also be among these other women leaders.”