As an adolescent, H. Michael Shepard was enamored with biology. The interest didn’t feel like a choice; it felt like a compulsion. Shepard would read about famous biologists like Louis Pasteur and go fossil hunting in the canyons near his childhood home of Yorba Linda, California, collecting specimens from creatures past and marveling at evolution.

“That is probably one of the reasons I was attracted to cancer,” said Shepard, who graduated from UC Davis in 1973 with an undergraduate degree in zoology. “Natural selection in overdrive is what a cancer cell is.”

Cancer cells are inventive, adapting to their environmental constraints and finding ways to proliferate. Shepard has made halting cancer’s spread his life’s work. In the 1990s, while working at the biotech firm Genentech, he, along with his colleagues Axel Ullrich and Dennis J. Slamon, developed the drug Herceptin, which is used to treat HER2-positive breast cancer, an aggressive cancer that more than 50,000 women in the United States are diagnosed with each year. Since its approval by the U.S. Food and Drug Administration in 1998, the drug has been used by more than 2.3 million people.

In September, Shepard and his colleagues received the 2019 Lasker~DeBakey Clinical Medical Research Award for the groundbreaking foundational research that led to the creation of Herceptin.

While honored to receive the Lasker Award, Shepard noted the potential for accolades isn’t what drives his work. It’s the people.

“To give somebody’s life back to them is a big deal,” he said. “That’s the only thing that really pays us back.”

A graduate of Del Campo High School in Fair Oaks, California, Shepard didn’t think he had the grades to attend the University of California. At the behest of his parents, he applied anyway.

“Somehow I got in, which was quite a shock, so I decided I might as well go,” he said.

Shepard’s undergraduate journey didn’t start off as smooth sailing. Initially, he struggled to adapt to the rigors of higher ed, but his perseverance paid off. He found a support network of students within the Tercero Residence Halls and spent countless hours studying in the Shields Library.

“By the time I was a junior, I was having a pretty good time and also, through a work-study program, I had started to make some relationships with professors and people who could serve as mentors,” said Shepard.

Shepard’s first stop was the lab of Distinguished Professor of Limnology Charles Goldman, where he spent time counting zooplankton. Other research experiences followed, including a quarter spent at the Bodega Marine Laboratory and a research stint studying sea urchin embryology.

Shepard soon became fascinated with stem cells, not just with their role in embryo development but also with their role in tissue regeneration. After graduating from UC Davis with a bachelor’s degree in zoology in 1973, Shepard moved to Bloomington and pursued doctoral studies in developmental biology and genetics at Indiana University. 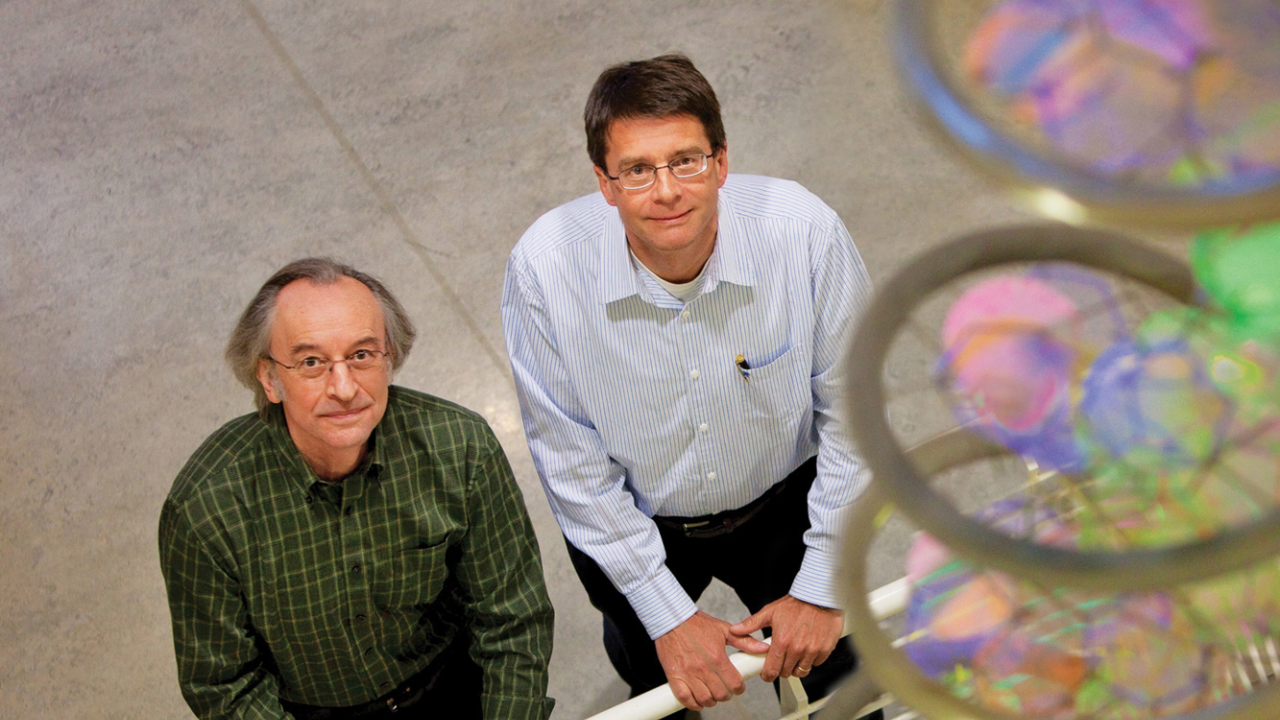 Guardians of the Genome

For many, breast cancer is more than just a disease -- it's personal. One in eight women will be diagnosed with breast cancer at some point in their lives. But through new discoveries at the genetic level, the personal nature of cancer will eventually be what helps to beat it. Learn how UC Davis researchers are personalizing medicine in the feature article "Guardians of the Genome."

Cancer biology soon became Shepard’s focus. In the late 1970s, he met Barry Polisky, a researcher from the University of California, San Francisco, who was visiting the Bloomington campus. With Polisky, Shepard learned about recombinant DNA technology by studying how bacteria acquire resistance to antibiotics.

“Similarly to cancer, a big part of what goes on with bacterial drug resistance is that minichromosomes in bacteria (called plasmids) make enzymes that degrade antibiotics,” said Shepard. “In Barry’s lab, we learned how this process of drug resistance is controlled, and perhaps eventually a way to beat it.”

In 1980, Shepard, with his newly acquired recombinant DNA technology skills, returned to California and joined Genentech, where he focused on uncovering why tumor cells resist therapy.

“What I needed to do was to figure out a way to attack tumor cells without killing normal tissue or organs,” he said.

Herceptin, which specifically targets cancerous cells, was the monumental outcome. The drug is a monoclonal antibody therapy that targets the HER2 proteins characteristic of HER2-positive breast cancer. Paired with chemotherapy, the drug proved capable of stalling breast cancer progression. According to the Lasker Foundation, it was “the first demonstration that monoclonal antibodies were a viable and effective strategy to treat solid tumors, opening a new path to develop and deploy antibodies to treat cancer.”

Asked about his recommendations for current undergraduates, Shepard noted that the best science isn’t done alone. It’s a collective effort.

“I received this award with two other people, which is a good illustration of the fact that you can’t do it by yourself,” he said.

He recommended students be on the lookout for those who may share similar interests or a similar vision. A keen eye for opportunity will help form fruitful collaboration.

Shepard recently returned to his old stomping grounds in Davis and Sacramento, part of a recent tour to commemorate the Lasker Award. On Friday, Sept. 27, he was inducted into the San Juan Education Foundation’s Hall of Fame.

Shepard said the reality behind the award is that good science requires dedication and also personal sacrifice.

“It was very difficult,” he said. “We missed Christmases; we missed Thanksgivings; we missed all kinds of stuff.”

But when Shepard meets a woman who’s benefited from Herceptin treatment, the sacrifices are forgotten. What’s left is grace.